Man! It's been an intense period! All good though - but feel bad I've not been able to update my blog. It's crazy these days trying to keep all the various broadcast devices up to the minute. Twitter, Facebook, my website... oh yeah, and I actually have to do some work from time to time.
Well this is going to be a splurge-: 'Dani's House' series 4 for Zodiak Media/BBC. I've working on that since end of March. 13 episodes almost done. Then starting series 5 end of September. 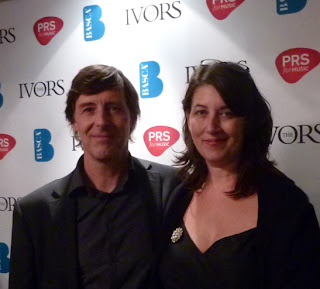 I went to the Ivor Novello awards with my gorgeous wife Tracey. It was a lovely occasion (I was on the judging panel for computer games score). I had a nice surprise when I discovered my main man Steve Winwood was getting a lifetime achievement award for his wonderful song catologue. It was great to connect with him briefly. Ben Drew (Plan B) deservedly won lots of awards and seems to have a really good head on his shoulders. Very talented and insightful young man. I hope he can keep his feet on the ground as huge success can be a dangerous energy.

Also, been working with PUSH (my old buddies from North London), the 70s style funk band I've worked with as a writer/arranger/keyboard player off and on for 15 years. We opened for George Clinton at Kentish Town Forum in June. Great crowd - great vibe. Check it out:

Finally, a big moment for Mary Leay.
SEG released her first EP called 'Making My Move'. It's available on iTunes. 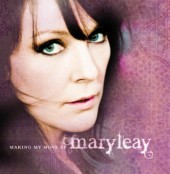 Mixed by Nick Taylor at Air-Edel, recorded and co-produced by James Towler at Wincraft studios, and Produced and arranged by yours truely. I'm very proud of this!
Posted by Michael J McEvoy at 23:40 No comments: