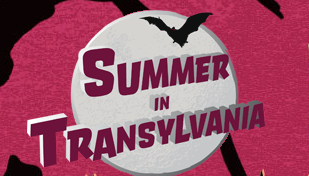 On Halloween 2010 Summer in Transylvania begins broadcasting on Nickelodeon TV. Episode 1 was shown everyday at 5:30pm during half-term break the week before. 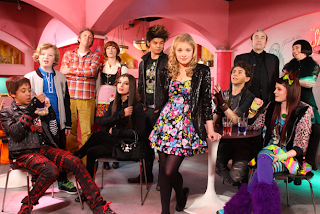 The 20 part series was a really fun project and I had a great time working closely with producer Candida Julian-Jones, who incidentally co-wrote the theme song with me.
The Theme Song was mixed by Nick Taylor at Air-Edel studios, with Crispin 'the Pump' Taylor on drums and yours truly on guitars, bass, backing vocals and keyboards.
The music is made up of theme related stings, underscore, and background tracks that play during the many parties, clubs, live band performances and in the famous 'Stakeout' cafe.
I involved two great vocalists on some of the background songs - Duncan Byiers and Mary Leay. Mary also co-wrote a few of the songs with me.
Sophie Stuckey (who plays the part of Summer) did a fantastic job recording the lead vocal on the Theme Song, 'Summer ion Transylvania', and was a joy to work with in the studio. She's got a lovely voice and I think you'll be hearing much more from her in the future!