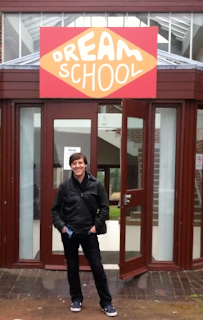 It's been a busy start to the year - and I'm sorry to say I've been a bit lazy with my blogging duties, so here's a quick check in to briefly mention some of stuff that's been going on.

Mary Leay has a hot new band of incredibly talented young guys. She's gigging around London now. Click HERE for her website to find dates, links to YouTube clips and her FaceBook group. Next date is this Weds 2nd at The Elgin, Ladbroke Grove - well worth a visit.

Also, I did string orchestrations for composer Andy Gray for a new CinemaNX film coming out later this year, TT3D: Closer to the Edge, which follows the Isle of Man's treacherous motorcycle race. Hair-raising stuff!

I've also been working with my old friend, director Gary Johnstone and editor Rick Aplin, on preliminary cuts of an amazing National Geographic series called Oceanus, which won't be finished until the end of this year - so watch this space.

Finally, I had the pleasure of assisting Jazzie B on a new Jamie Oliver series called Jamie's Dream School which starts airing on C4 from 2nd March.  Let's hope Jamie can do for education what he did for food!

Posted by Michael J McEvoy at 09:49 No comments: